“My Sheep Hear My Voice”

When my wife and I had our fourth child, we knew we needed to move.  We had already added onto our starter home with child #3, and simply had no will, or room, to engage in another construction project.  So, we began looking at homes, and thought, after considerable time, that we had finally found the one.  It was located in a nice neighborhood, affordable and suitable for our family of six.

Or I should say that my wife thought we’d found the one.  I wasn’t so sure, but I could tell she was really excited about it.  Since I was on my way out of town to a men’s spiritual retreat, I told her I would think and pray about it, and we could make a decision when I got back.

The retreat was amazing, with two days of incredible speakers and challenging topics.  And there is something about 15,000 men singing together in a massive arena that truly stirs my soul.  I remembered my promise to my wife, too, and earnestly prayed over the big decision on whether to buy the house.  I knew that she loved it and wanted us to get it, and as the retreat wound down and I began the three hour drive back home from Tampa, my prayers were answered.  Now I was definitely on a “spiritual mountain top” from the weekend, and felt a tangible sense of God’s presence. But the answer was as clear as any I had experienced, for I knew in my spirit God was telling me that this was the house for us, and we should proceed with an offer.  As I drove, I became more and more excited about sharing the news with my wife, who would surely be relieved and overjoyed.

She wasn’t home when I arrived.  It seemed like forever until she finally pulled into the garage and bounded up the steps into the kitchen.  We embraced and I told her that I had something very exciting to tell her.  Just then, the phone rang and I motioned to “Hold that thought,” as I stepped away to answer it.  It was the owner of the house calling to tell us that he had just sold it to another couple.  I was stunned and my wife was devastated, and this was before I told her the big news of God impressing on my heart that this was the next home for us. 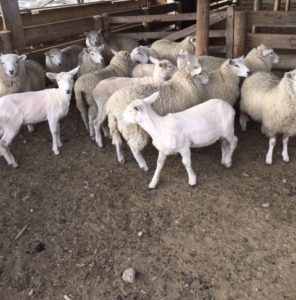 In John chapter 10, Jesus draws a lesson from the sheep pens and flocks prevalent around Palestine.  He pointed out that sheep recognize and listen to the voice of their shepherd, and will turn away from a stranger’s voice (John 10:4-6).  He then brings the analogy home, saying:

When I read these verses, I often think about the time with that house when I just knew God was speaking to me.  Was I mistaken? Couldn’t I recognize God’s voice? What “shepherd” was I following?  I was confused with the outcome then, but that quickly dissipated when we soon found the perfect house for us— bigger, better and less expensive, and nestled on a wooded lot against a creek.  It was the house in which we would raise our kids through two wonderful decades until our nest eventually grew empty.

I came to realize that it was indeed God’s voice I heard in my spirit, but what He was telling me was much deeper than the move to make on a house.  It had more to do with my process in making life decisions, and the priority of seeking God’s will, and discovering that God is able to do immeasurably more than we ask or imagine (Ephesians 3:20).