Some people describe what being a Christian means in very complicated terms.  They point to various doctrinal statements and propositions about God, Jesus and the Bible, and insist that embracing them makes one a Christian, and applying them constitutes “the Christian life.” Never mind that a multitude of other churches claiming the name of Jesus read the same Bible and arrive at very different understandings on many of these doctrinal points, and all with the same “Helper” that Jesus said would guide his followers into “all the truth” (John 16:12-15).  These differences are not regarded lightly, either, as is evidenced by the dozens of different denominations in Christendom today, typically born of schisms or church splits, and sometimes with great acrimony or worse.  No matter how you cut it, an underlying disagreement as to some doctrinal point was in each instance deemed by one group or the other a sufficient reason to leave instead of stay and get along.

Maybe we’re missing the forest for all the trees.  Instead of emphasizing the differences in the doctrines that we use to divide ourselves, we should look at what Jesus taught about being his disciple.  His invitation was quite simple: “Follow Me.” And rather than bogging us down with some theological discourse, Jesus explained that those who believe in and love him are they that do what he said (John 14:12-21).

In Mark 9, we read the story of Jesus and his inner circle of disciples—Peter, James and John—going to a mountain top where Jesus was “transfigured” (Mark 9:2-8).  When Peter stumbled with how to process the amazing sight, which included an appearance of the Law-giver, Moses himself, and the prophet Elijah, a voice from heaven spoke: “This is my Son, whom I love.  Listen to him” (Mark 9:7).  You want to know what constitutes the Christian life? It’s not complicated.  Jesus is God’s Son; listen to him.

Do What Jesus Says

The 19th Century Scottish preacher George MacDonald spoke quite pointedly about the endless debates over what Christians believe.  To him, the whole discussion missed the point:

Get up, and do something the master tells you.  The moment you do, you instantly make yourself his disciple. Instead of asking yourself whether you believe or not, ask yourself whether you have this day done one thing because he said, “Do it,” or once abstained because he said, “Do not do it.” …It is simply absurd to say you believe, or even want to believe in him, if you do not do anything he tells you.[1] 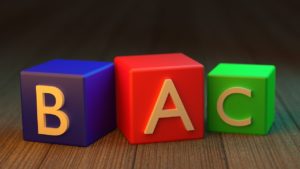 That brings the cookies down to the bottom shelf, doesn’t it?  It certainly keeps this matter of faith quite simple, and something that even a child can grasp.  And according to Jesus, that is as it must be:          “Truly I tell you, anyone who will not receive the kingdom of God like a little child will never enter it” (Mark 10:15).